After already walking around the historical district of Mazatlan, and checking out all the vendors and produce stands of the centro, and walking through the beautiful cathedral.  We decided to do a few more touristy things, first we walked through the cultural center which housed the Museo de Arte.  This had paintings and prints of national and local artists. 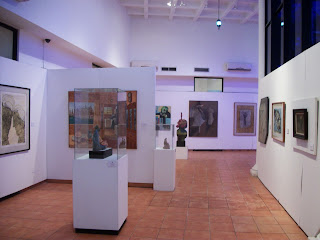 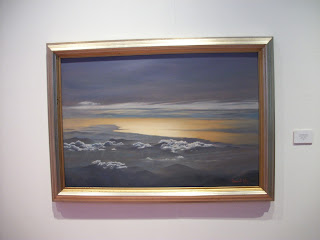 We walked across the street the the Museo de Arqueologia, which had an impressive collections of artifacts from Sinaloa. 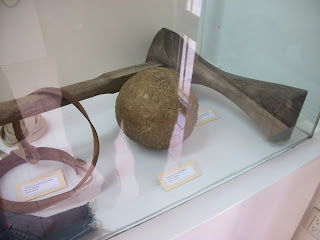 To the right: Ulama- a ball game played from your hip. The fields or "Tastas" are made up of a playing area where the boundary is defined using stones. 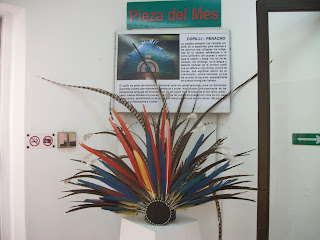 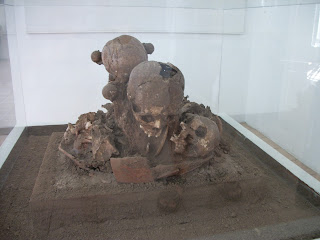 To the left: Burial Ritual: Large funeral urns that would hold more than one family member, the ritual was designed to portray the return of the deceased to the uterus of mother earth.


We then walked back through the Plazuela Machado to the Angela Peralta Theater.  This is one of the few 19th century theater still in operation in northwest Mexico.  Opening in 1874 named after businessman Manuel Rubio, in the early 1940's it was renamed in honor of "The Mexican Nightingale" Angela Peralta.  Who died of yellow fever shortly before her scheduled Mazatlan performance in 1882. 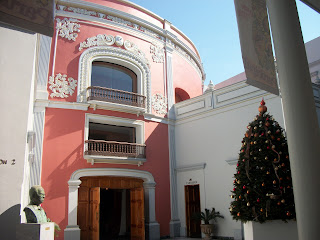 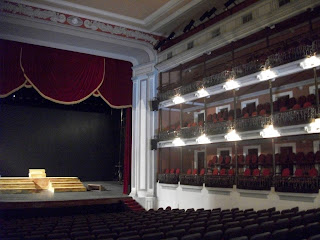 We walked past the palacio municipal an our way to lunch were there were hundreds of pigeons in the courtyard. 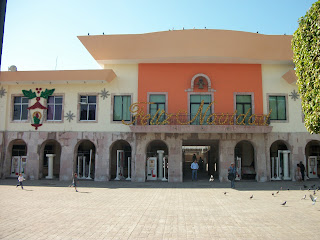