After being in San Carlos for 2 and half months we decided to take the boat and start traveling the Sea of Cortez for what we thought would be about 3 weeks turned into six weeks of fun. After have a couple to many shots of tequilas at Captains Club for super bowl the night before, we left around 4:30am on February 7. As soon as we motored out of the bay the rolling waves began. We wanted to get over to Conception Bay but after being beat by the wind for 12 hours we decided to stop at Isla San Marcos for couple of nights. We found anchorage in Bahia Puerto Viejo, the southern end of the Island, which has a little village of about 600 people. This is also the location of one of the largest gypsum-mining field, which is exported to ports around the world. 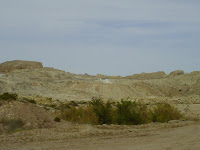 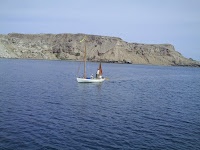 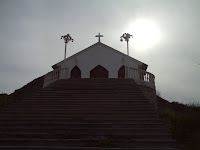 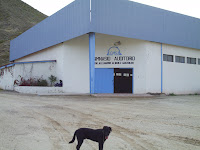 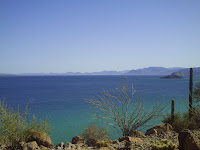 After enjoying swimming and going into the village for a couple of days we pulled up anchor and headed for Conception Bay. We had a great trip going south about 32 nm into the Conception Bay, finding anchorage in Bahia Coyote at Playa Santispac. There were many RV’s along the beach and one restaurant Ana’s, which on Saturday nights have a great rib and chicken feed. In the dingy we could travel all down the bay to El Burro, which was full of palapa houses of year round living. There was also Bertha’s restaurant, which on Sunday you could have breakfast and either a bloody marry, or margarita for 50 pesos. We hitchhiked into Mulege’ a couple of times for provisions and just to go sight seeing. In 1705 Mision Santa Rosalia de Mulege’ was established, but in 1770 was swept away with the flooding of the Rio Santa Rosalia. The mission was then rebuilt and to the looks of it the church was still used to this day. Jerry and I went to Scotts Pelican Reef for probably was the best burgers in the world. They had every kind imaginable. I had the bacon blue cheese burger and Jerry had the bbq, onion and bacon burger.There was also a museum that was transformed from the old prison, but it was never open when we went to go see it. Conception Bay was one the best parts of the trip, we ended up staying there from 2/10-2/27, swimming and going seashell hunting everyday. We would have stayed longer and made that the end of the trip, but met up with Captain Steve from s/v Liquid 8 who encouraged us to travel along with them down to La Paz. 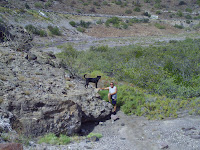 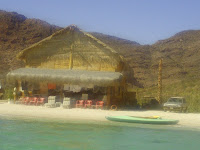 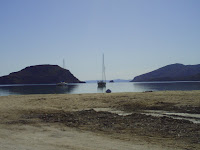 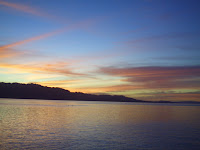 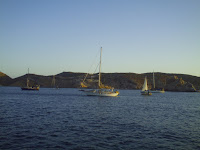 Never be the type to not go on an adventure Jerry and myself decided to go along with Steve and crew member Skip. First stop was Caleta San Juanico about 47mn south of Conception Bay. That night we had Steve and Skip over for diner and were planning on leaving the next day, but the next morning was really windy and we decided to stay one more day. We did not get off the boat to go explore do to wind, but heard that there was great hiking trail that had a place were cruisers will go and sign their names on the rock or leave a memento of their travels. 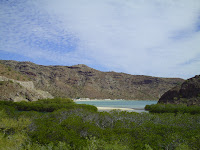 We then pulled up anchor on March 1st, heading to Puerto Escondito, a 38nm easy run. When were got through the mouth of the bay, pasted what they call the “waiting room” anchorage, the wind really picked up. S/V Liquid 8 decided to go the guest dock to power up and get some water. While there were pulling to the dock, the wind caught them and put a nice size gash in the side of the boat. We pulled in and went right to the northwest corner to find some anchorage. Inside the bay they have many places to anchor or mooring buoys for 15 dollars a day rent. Once Steve left the dock and found anchorage next to us, him and Skip made spaghetti for dinner and brought it over to our boat. Again we did not do a lot of sight seeing, took Skeeter to the beach a couple of times and decided to leave on March 4th. 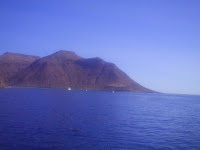 On March 4th at about 3:00pm we pulled up the anchor to make the longest part of the journey 93nm to Caleta Partida at Islas Espiritu Santo and Partida. Leaving Escondito we were following Liquid 8, when we noticed that the boat looked like he hit a reef. Everything looked to be ok, there was no water being taken in, but he needs to get it checked out when we got to La Paz. The Geologic History of Caleta Partida is the crater of a large, extinct volcano, over thousands of years, the crater eventually eroded. This was a beautiful anchorage, and made a nice stop before heading to La Paz. I did get into the dingy one afternoon, but with a very strong current trying to push you back out to sea it made for a very hard time to oar over to see Liquid 8. 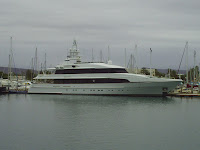 We arrived in La Paz on March 5th and anchored in the bay they call Marina Santa Cruz (Virtual Marina). We stayed there two nights, but then moved over to Marina De La Paz, which had a end tie right behind Steve on Liquid 8. Carlos Slims boat Ostar was tied up on the other side of the dock. We spent 7 days touring around La Paz, provisioning and eating at some really good restaurants. Jerry and I went to La Boheme, a French restaurant who was owned by a young French woman. We sat outside which was a beautiful setting with a fountain in a little courtyard. We also went to a great Chinese restaurant (and not a minute to soon, I was craving Chinese since we left Stockton) with Steve and his friend Robyn who lived in La Paz. 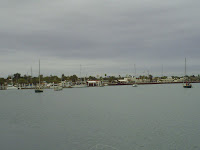 Robyn took us over to Todos Santos, which was over toward the ocean on the pacific side. 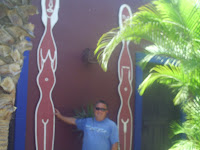 After having a great week in La Paz and saying our good byes to Steve and Robyn, we left and headed back out to the sea for our trip back to San Carlos.

First stop San Evaristo where we met up with S/V Serendipity who was also traveling back to San Carlos. Punta San Evaristo is half way up Canal de San Jose’, a quiet little fishing village with approximately 20 families that live there. I was not feeling good, so did not get off the boat, but Jerry took Skeeter to shore to explore. 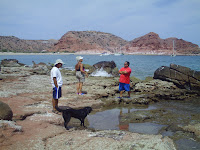 After staying the night we pulled up anchor and headed up farther to Los Gatos anchorage 29nm north. Frank, Chyrel, Jerry, Skeeter and I went to shore to look at all the see life, where there was all these little tide pools full of creatures. 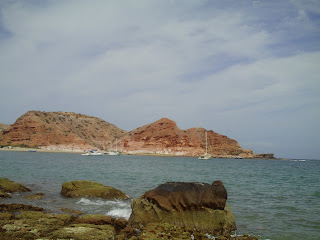 We left Los Gatos on March 14th with s/v Serendipity along with us heading north. The wind was really hitting us on the nose, making it a very long and messy sail. Serendipity decided to pull into Bahia Santa Marta, but we kept heading toward Puerto Escondito. Where do to the weather we stayed for 6 days. Which was well worth it since we did not see much on our way down the sea. We were able to do some laundry, hike the canyon, play on the beach, swim and even took a taxi into Loreto for a day of provisioning and sight seeing. We took anchorage in the same place as before, because it was good holding, but do to the weird weather pattern we ended up dragging the day before we left. We ran into S/V Stolen Kiss and again with Serendipity who were both taking it slow going back up the sea. 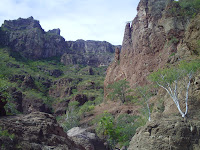 We took one day hiking the Steinbeck Canyon across Mexico Highway 1. 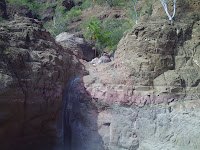 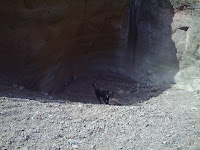 Do to the lack of rain in the winter season the water level was almost none existent and there were no water pools, but it was still a great hike and beautiful scenery. 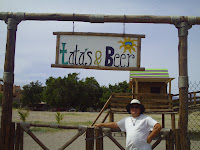 We also took a day going into Loreto with was 14 mile by land to walk around, have some lunch at a restaurant by the malecon and even take a tour of the first mission of the California’s after settlement. The mission church, Mision Nuestra Senora de Loreto was the beginning for the 23 additional missions built throughout Baja. 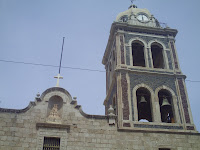 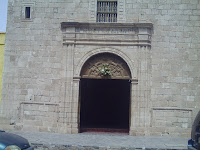 On March 19th we decided to start heading back to San Carlos, we took it in an overnight trip, that was much nicer than the crossing the other way 6 weeks earlier.

Sorry for so long

Sorry I haven't been posting to the blog at all! I swear I am going to start posting pics and updates on what is going on down here. For instance, my sister, brother inlaw, and friends Dar & Mike where down for 9 days a week ago. We had a great time, took the boat to Los Cochinas (the Kitchens) for a few days, and did a lot of snorkeling. They had a great time and realized all the news about dangerous Mexico is just hype, atleast in Sonora Mexico where San Carlos is. I'll try to post a few pics this afternoon...
Posted by Sailor Jerry 1 comment: