A day in Puerto Vallarta

Jerry and I along with SV Day Ja Vu went into Puerto Vallarta to go down to the Centro area and South Vallarta.  We took the bus, having to change buses once, but we finally got there.  We had breakfast at El Pancho, having really good chiliquilies, which Jerry and I love.  After we took a free tour of the Navel Museum, which was all in Spanish, but they had great books that was translated into English. 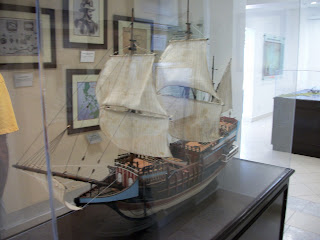 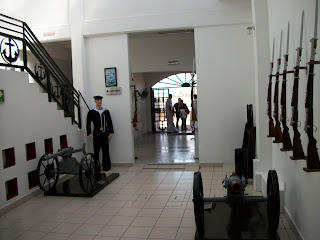 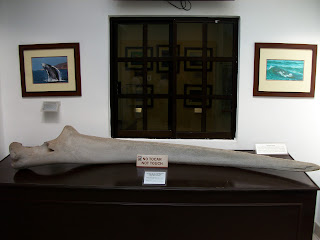 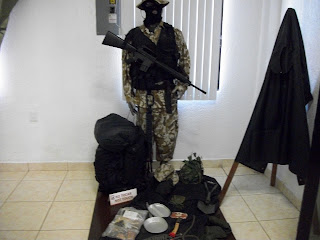 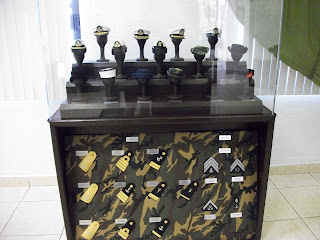 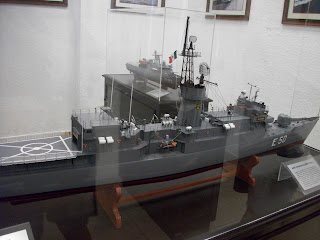 ﻿
Posted by Sailor Jerry No comments:

Jerry and I have been having a great time here in La Cruz, taking the bus into Puerto Vallarta to do some boat projects.  The biggest project has been the bilge pump.  We needed to get a new bilge pump, the old one still works but since the switch to automatically turn off the switch needs to be replace we decided to replace a new bilge pump.  The old switch would not turn off so it would be on all day running down the batteries and the pump would stay on running.  The project was a little bigger than what we expected.  But after two days of hard work from Jerry, and I helped a little, and a couple of trips to the very expensive Zaragoza marine store we have finish and have two working bilge pumps.
I took a bus with Marie from SV Day Ja Vu to Bucerias which is 3.5 miles east of La Cruz.

Well I know it has been a couple of days since I have last posted about SOMF's sailing adventure, but we are in La Cruz which is located in the northern part of Banderas Bay.  We left San Blas on Tuesday the 18th, we ended up staying a couple of more days than expected because I came down with a little cold and hurt my toe really back on the dingy floor, when Jerry had it out working on the dingy.  It ended up being a good thing, not the cold and toe, but saying longer because we took a bus into Tepic with Meri, Tim and Carolyn from SV Hotspur.  Tepic is the capital of Nayarit, unfortunately we did not get to do much touring, but we did get to do some last minute provisioning at walmart.  Tuesday morning we motored over to the gas dock and fueled up, after about 2 hours and 1300 liters of fuel we left San Blas.


Our first stop was Chacala which was 24 miles south, it was a great motor down with no winds.  Chacala was a little village with an awesome beach.  The only down side was it was quite rolly in the anchorage so everyone puts out their stern an chore, which I have to say is a hassle.  We only stayed 2 nights and one day there, but it was great to run and play on the beach with Skeeter and get ready for our 43 mile trip south to La Cruz. 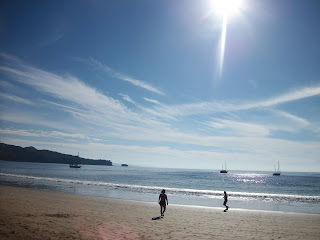 Banderas Bay which means "Bay of Flags" was said to originate when Francisco Cortez arrived here in 1524 and was greeted by natives carrying banners.  This large bay is nearly 20 miles across and 60 miles or coastline.  The bays starts with Punta Mita in the north and ending with Cabo corrientes in the southern most tip, with many towns in between including, but not limited to La Cruz, Bucerias, Nuevo Vallarta, and Puerto Vallarta be among the largest.

La Cruz is among a smaller town which used to be a small little fishing village, but with increase of tourism has even grown.  But out of the other marinas the town of La Cruz is still the place to stay for a more authentic piece of Mexico.  The anchorage of La Cruz is very large, holding more than 50 plus boats which are in the anchorage now.  Again the only down side is it is a little rolly at times, but that is going to be suspect down the pacific coast.

While we have been here enjoying this small town with it's old world charm we have done a little site seeing. We took a walk up to the top of Cerro de San Basilio, at the top of the hill is La Contaduria, the original fort and accounting office was built in 1770.  The fort was used for both protection and a counting house and warehouse for goods transferred from various ships and routed to Mexico City.  In 2002 Hurricane Kenna took a toll on the original structure.


The old Templo de la Virgen del Rorario Church was built in 1769 and remained active until 1872 when the aging bells from the belfry were removed.  This is where the inspiration for the poet Henry Wadsworth Longfellow to write The Bells of San Blas. 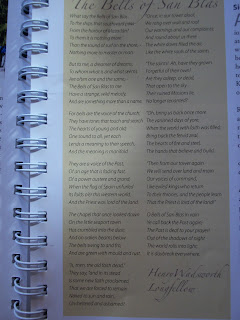 We had a hot dog potluck on the back of SOMF one afternoon, SV Akupara and SV Day Ja Vu brought a couple of great salads, while SV Third Day brought some popcorn and very sweet cantaloupe, and SV Hotspur brought a delicious German chocolate cake.


And as always we we have been enjoying some of the great and fun restaurants and food stands here.

Along with all the great things we are doing in San Blas, we are also taking advantage of being at the marina dock with fresh water and power.  Jerry and I have been working hard on getting the teak on the boat looking like new again.
﻿ 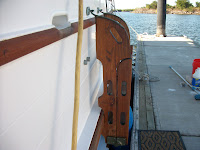 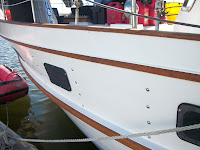